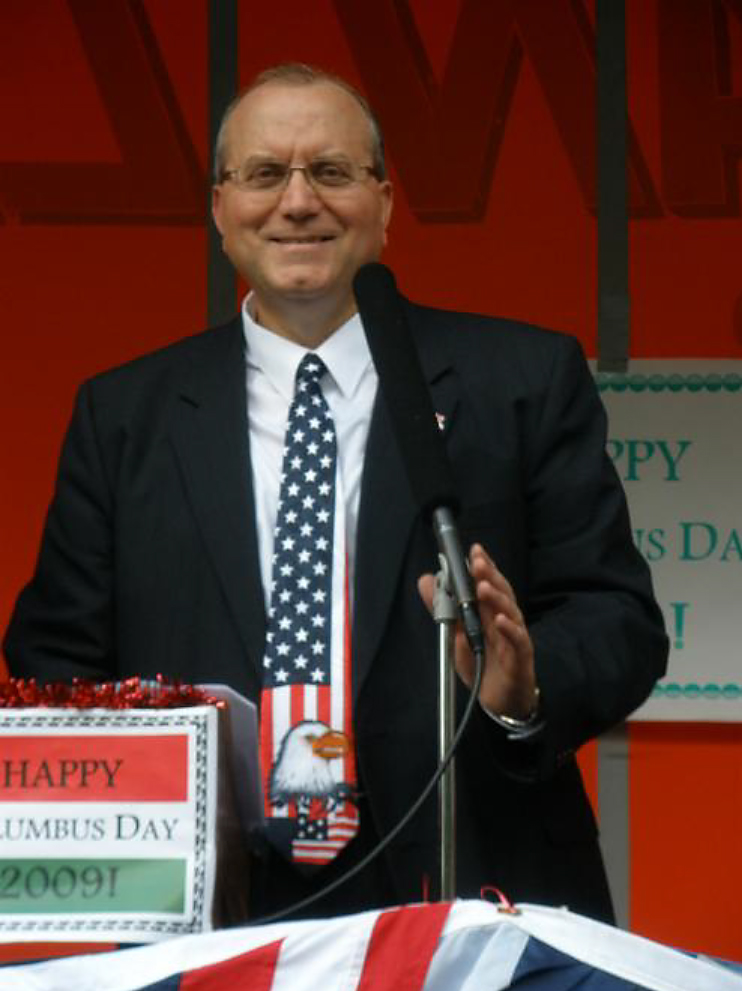 A welcome from our newly elected President of the Italian American Club of Mahopac, Giulio Cefaloni:

My warmest welcome and best wishes to all! Benvenuti e graditi saluti ed auguri a tutti! It is with deep humility and great honor that I serve as The President of The Italian American Club of Mahopac, an organization which over the years has acquired a tremendous reputation for its contributions to The Greater Putnam County Community.

The Italian American Club of Mahopac sponsors and organizes many activities throughout the year. Among them are:

These events have become traditions in The Greater Putnam County Community and we look forward to expanding them throughout the year.

Become a member and join us in planning these and other activities!

Come to Celebrate with us. Bring your Family and Friends and Enjoy these Exciting Events!

The Italian American Club of Mahopac sponsors these festivities with the assistance of countless volunteers, many local organizations and businesses. We acknowledge and appreciatively thank all the businesses which support us in so many ways. Please patronize and thank them for their community pride and involvement.

A Final Thought: We, as Americans, must always celebrate our ethnic diversity because it makes our country, The United States of America; strong, unique and blessed. If we consider ourselves simply Americans and not hyphenated Americans, then our ethnicities strengthen our common culture, unite us in shared goals and bond us together as a people, “…As A Nation Under God, Indivisible With Liberty And Justice For All”.

History of our Club

Founded in 1928, the Italian American Club began as a welfare organization to help ltalian families that had suffered catastrophic illness or death. At the time, the population of Mahopac was about 1,700 with approximately 30 ltalian families, who had come from ltaly to work as masons, carpenters, laborers and gardeners. lt was very difficuft for them, especially  during the Depression. Masons and carpenters were paid $4 per day, while gardeners and laborers only received between $2.50 and $3.00 per day.

When there was a death in the ltalian Community, someone would go around to the other families and ask for a donation to help pay for the burial expenses. After a few such instances, Louis Casagrande suggested that all the families chip in a little money each month into a kitty and use that money to help those families in need. As a result of Mr. Casagrande's suggestion, The ltalian American Club of Mahopac was born.

The first meeting of The ltalian American Club was held outside a building next door to Harry Veschi's home. Among those attending the first meeting were: Harry and Angelo Veschi, Lois, Gene and John Casagrande, Chiero Benvenuto, Chiero Nontenari, Virgilio Cucci, Jim Lombardi, Eugene Dazi, Bruno Pompei, Aurelio Lauretti, Phil Battista and Nano Morini. During the meeting, Phil Battista was elected as the first president. Almost all the ltalian families were living in the Buckshollow Road area, which was at that time a dirt road close to the raifroad. The Club began having meetings and social events in the basement of the Lauretti home. They also began holding dances in the red barn by the railroad crossing. The dances began making some money, so the members decided to have a dance every month. These dances were the highlight and the social  life of the ltafian Community.

As the treasury increased, the Club purchased a lot from Bill Agor on Buckshollow Road where the current Club now stands. One of the members drew up plans for the clubhouse and construction began in 1929. Materials were purchased from the funds raised at the social functions. All the members used their skills to build the Club. Gino Veschi logged time with the intention of paying the workers when funds were available. Unfortunately, every cent was necessary to complete the clubhouse and no one ever got paid. The clubhouse took about 4 years to complete. Upon completion, the upstairs hall was used for monthly dances, weddings, family parties and basketball games for the kids. On a cold winter's night, the men would gather around a coal and wood stove to play cards in the basement. The bar was added and every evening there was always a lively crowd of men.

Members paid dues of $1.50 per month; fifty cents of which went into a benefit sick fund for members who lost work due to illness. This fund had accumulated to $8,000, but in 1960, the sick benefits were discontinued. A $300 death benefit was substituted for members who had contributed to the fund.

Over the years, many of the original members passed away and social activities diminished. A revitalization occurred beginning in the 1980s under the leadership of past presidents Tony Morfea, Nino Guastadisegni, Guido Boniello and past president, Luigi Cefaloni, a very active Board of Trustees and membership.

The Club began sponsoring The Putnam County Columbus Day Parade in an effort to celebrate ltalian American culture and contributions to the USA. Twenty years ago, the festivities included only a parade from the current CVS to Key Foods. Today the festivities have risen to a new level under the leadership of Giulio Cefaloni and include not only a parade but also televised cultural and cooking programs. A wide range of events and fundraisers including a dinner dance, a journal, a fashion show, a Miss Columbus Pageant, and poker tournaments all help defray the cost of a very popular and growing parade. We have also changed the direction of the parade to start at Lake Casse Road and to culminate at The Mahopac Chamber Park on the Lake.

The ltalian American Club has partnered with The Mahopac-Carmel Chamber of Commerce to have the parade and The Street Festival coincide to bring our Community a wonderful and exciting Columbus Day celebration. All this coordination, cooperation and effort has been a tribute to The Putnam County Columbus Day Festivities Committee, Club leadership, membership, town officials and citizens.

In an effort to promote the ltalian language and culture, the Club has conducted a variety of programs: ltalian language and culture classes with Mahopac High School, St. Anthony Mass in ltalian, folkloristic groups from ltaly and Bocce Tournaments. The Club has also organized Ballroom Dance classes, a Children's Christmas Party, a Summer Picnic for recreation and entertainment.

The ltalian American Club of Mahopac has been recognized for its community contributions by The Town of Carmel, The Town of Carmel Historical Society for the erection of The Christopher Columbus Statue in 1992, The National World War ll Memorial Fund, The Gold Star Mothers' Memorial, The American Legion, The Mahopac Sports Association for team sponsorships and from The Mahopac Central School District for scholarship awards.

The ltalian American Club of Mahopac is a well-recognized organization of the greater Community and continues to foster good citizenship and respect for ethnic diversity. We welcome new members and invite everyone to participate and contribute in keeping our traditions, language and culture vibrant for future generations.